When you think about all the things in this world that you can’t imagine living without, a toilet is probably the last thing you will think of!  The most overlooked and underappreciated item that didn’t make your list. In fact, most people don’t give it a second thought until it stops working. The mere thought alone probably sends shivers up your spine, for good reason.

Without a functioning commode, where do you go when natural calls?  To ensure yours stays up and running, we’ve compiled a list of some of the most common plumbing problems related to toilets and how you can identify them.

If the flush is strong but it doesn’t seem to be flushing all the way, it may be your flapper. The flapper valve may be dropping too fast or could be waterlogged.  Look at the flapper valve while flushing the toilet. If it’s working properly, it should remain up until about 80 percent or more of the water has drained from your tank. It is drops sooner and cuts of the water, you probably need to install a new flapper.

If your flush is weak, you may have a first-generation flush that unfortunately may be destined for failure. Look for the manufacture date inside your tank. If yours was made between 1994 and 1997, this could be the issue. Certain types of models made during this time simply will not flush properly.

In addition, if it was made before 1994, hard water deposits, or an angled bowl rim, can make doing your business a major source of irritation. You have two options; you can try to clean out the hard water deposits or replace the commode.

If your toilet flush seems sluggish, you may have a complete or partial clog somewhere. Try pouring a bucket of water down it and analyze the flush. It’s is fast and furious, you’re probably clog-free.  However, if the water backs up into the bowl, you have a clog.

If your tank is slow to refill after flushing, a partially closed shut off valve may be to blame. Whether manufacturer error or whether a previous plumber restricted the water flow, this may be the reason why your toilet takes forever to refill.

If you hear dripping after the tank starts to fill and then again after it’s partially filled, you have may a syphon problem. This can happen when a new tank fill valve is installed. It typically involves the flexible tube that runs from the very bottom of the valve to the top of the overflow tubing.

Finally, this is one concern we hear on a daily basis. Toilets that won’t stop running are both irritating and a huge waste of money. Usually, the fault lies with the fill tank, flapper, or fill valve. You can try to self diagnose, but it’s better to leave this in the hands of a professional.

Suction Sounds in the Tub and Sink

You flush your toilet only to hear strange gurgling sounds coming from your sink or tub. Most likely, this means that the vent pipe is partially clogged or completely clogged. If possible, use a small flashlight and look in the pipe. You can also try to run water from your hose down the vent pipe to clear the clog.

If you love to whistle, this may not get under your skin. However, for those who don’t, hearing your commode whistle can be downright aggravating. The culprit may be the ball cock valve with a ball float. As the ball floats higher, it begins to close the water fill valve. This can cause endlessly irritating vibrations and all other types of strange noises, including whistling.

Leaking at the Base

Water leaks around the base of the commode is most of the most common plumbing issue. It happens for a variety of reasons including wax ring erosion or old calking. It could also be leaking from the water valve.

While this list is not all-inclusive, it should give you a pretty good idea of some of the most common plumbing woes that your toilet can suffer from. If you’re handy around the house, then we say have it and DIY your commode back to health. However, if you don’t know your flapper from the tank valve, play it safe and give the plumber guys a call. We are here when you need us!

Why You Should Use Our Plumbing Contractors 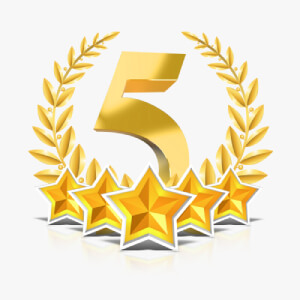 If you’re looking for a plumber contact us today!